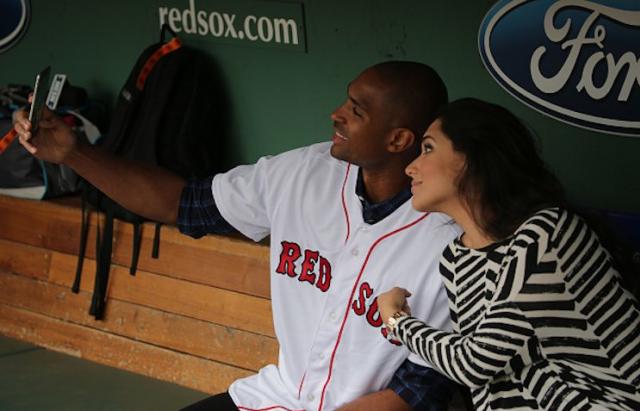 Celtics big man Al Horford and his wife Amelia take a selfie prior to a Red Sox game this summer. (Getty Images)
The Boston Celtics announced some eight hours before Monday night’s matchup against the Miami Heat that star big man Al Horford would miss the game for what the team dubbed “personal reasons,” and he would return to work on Tuesday for a practice back in Waltham, Mass.