How Much Do You Know About ‘Raising the Flag on Iwo Jima?”


When Did the US Invade Iwo Jima? 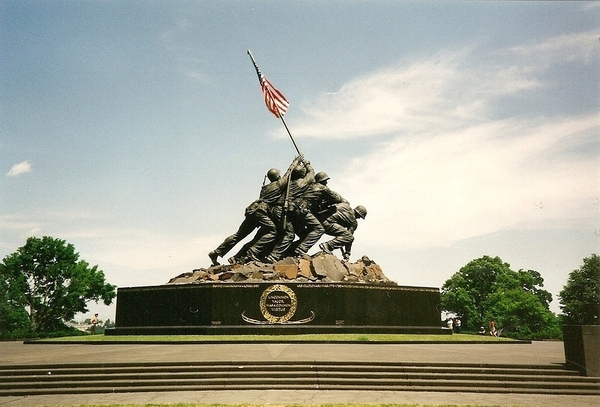 How well do you know one of the most famous photographs ever taken?US troops landed on Iwo Jima on February 19, 1945, as part of the “island hopping” strategy the US was pursuing to force Japan out of the Pacific Theater. Originally, Iwo Jima wasn’t one of the islands, but the recapturing of the Philippines went much faster than expected, and the island lay halfway between Okinawa, where the next island invasion was planned, and the Mariana Islands, where the US long-range bomber squad was based.

The “long gray pork chop” was heavily fortified, with Mount Suribachi, a 546-foot dormant volcano, as its most prominent feature and the location of several artillery emplacements. That was bad enough, but technically it was part of Tokyo Prefecture, meaning if the US seized Iwo Jima, it would be the first Japanese soil captured by American troops. That, as far as the Japanese Army was concerned, could not be allowed to happen. Suribachi was the first target, and after four days of heavy fighting, it was captured.

When Was the First Flag Raised on Iwo Jima? 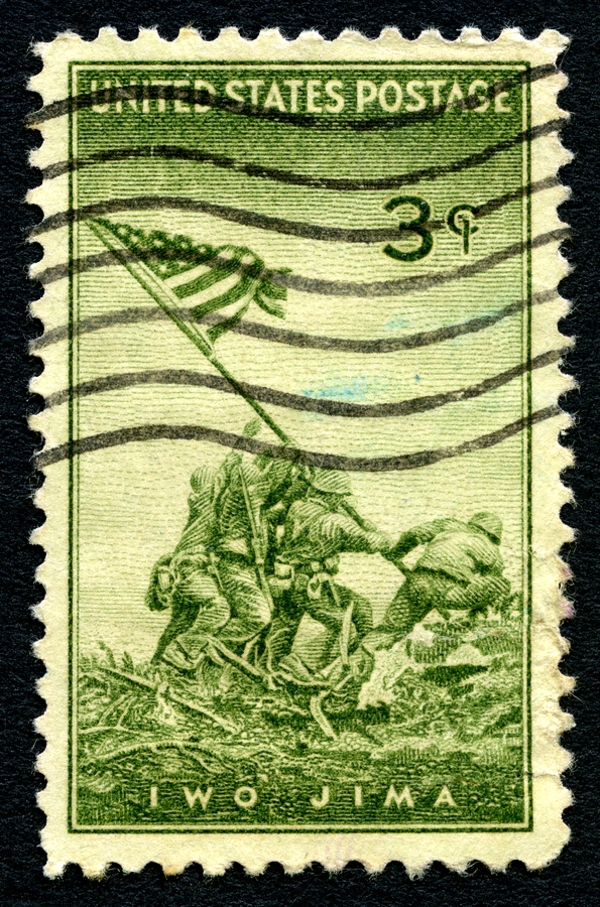 Raising the Flag on Iwo Jima is one of the most replicated photographs on Earth.The most famous photo is not a depiction of the first flag raised on the island. That happened on the morning of February 23, under heavy fire. Ironically, raising the flag was what drew fire: When it went up, the cheers of Marines and blare of ship horns alerted the Japanese that Marines were on Suribachi, and fighting broke out.

“Raising the Flag on Iwo Jima” depicts the second flag raising. Sergeant Michael Strank of Easy Company was ordered to take some members of the company, including Corporal Harlon H. Block, Private First Class Franklin R. Sousley, and Private First Class Ira H. Hayes, and lay down telephone wire up the mountain as well as put up a larger flag. Joe Rosenthal, an Associated Press photographer, heard they were headed up and asked to join them. On their way up, they met Staff Sgt. Louis Lowery, who’d photographed the first flag raising, who told them it was a spectacular view. Rene Gagnon and Harold Schultz helped raise the flag, which Rosenthal quickly snapped off, realizing he was missing the action.

Why Did the Photo Become So Popular?The Associated Press knew what it had right away, and Rosenthal’s photo was plastered across hundreds of newspapers across America for the February 25 Sunday editions. After fighting on the island ended on March 26, the three survivors, Bradley, Gagnon, and Hayes were sent on a war bond tour, ultimately raising $26.3 billion for the war effort, twice what the tour was supposed to collect. Rosenthal, meanwhile, earned the rare honor of being the only photographer to receive a Pulitzer Prize for a photograph taken the same year the prize was awarded.

In 1951, Navy Petty Officer Felix de Weldon was ordered to design a monument based on the photograph, and three years later, that monument became the US Marine Corps War Memorial in Arlington, VA, giving Rosenthal’s snapshot the honor of memorializing the spirit and patriotism of the Marines.