Friday’s FW poll asked what readers thought of a California woman who tried to sell a wild fawn on Craigslist.  The response among respondents was overwhelming, with 90.24% describing Lacy Jean David’s conduct as unacceptable.

On this day in 1987, Pres. Reagan challenged Mikhail Gorbachev to tear down the Berlin wall:

We welcome change and openness; for we believe that freedom and security go together, that the advance of human liberty can only strengthen the cause of world peace. There is one sign the Soviets can make that would be unmistakable, that would advance dramatically the cause of freedom and peace. General Secretary Gorbachev, if you seek peace, if you seek prosperity for the Soviet Union and Eastern Europe, if you seek liberalization, come here to this gate. Mr. Gorbachev, open this gate. Mr. Gorbachev, tear down this wall![11] 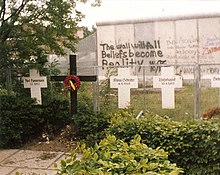 On this day in 1899, a devastating tornado strikes New Richmond:

On this date the worst tornado disaster in Wisconsin history occurred. The storm virtually leveled New Richmond on the day the Gollmar Brothers Circus came to town. At the time, New Richmond was a prosperous town of 2500 people and one of the most scenic places in Wisconsin. On the day of the storm, the streets were filled with residents and tourists waiting for the afternoon circus parade. Shortly after the circus ended, the tornado passed through the very center of town, completely leveling buildings. Over 300 buildings were damaged or destroyed. Massive amounts of flying debris resulted in multiple deaths in at least 26 different families. In all, the storm claimed 117 lives and caused 150 injuries. [Source:National Weather Service]